A letter to all anglers in South Africa

I wish to share with you an experience that has fulfilled the joy of angling in my angling career. The purpose of this letter is to communicate it to you.

Conventional angling (or many times referred to as "Papgooi") is part of the South African angler's legacy that is practiced only in our country. Anglers have over the years evolved their hobby, that started out as "Papgooi", into a competitive sport, i.e Conventional / Competitive Bank Angling. Most, if not all of us, have started out our passion in angling when we first put some maize, curry pap, earth worm or sometimes all together on the hook with the hope to catch that monster carp lurking in the deepest parts of the dam. Many times it was just as nice to catch a yellow fish, muddy, or barbel on a bait prepared for a big carp. Today the use of dips and other thingies has evolved Conventional Bank Angling into another era of "science projects" and mixing of flavors and the use of bleeding floaties to the liking of fish one wishes to get on the bank. More and bigger fish are indeed caught today than any given time in the past due to this evolvement in bank angling. Tackle and other equipment has also evolved into modern warfare weapons of broom sticks capabale of rocketing a bait out up to 200 metres but still with some armor lacking.

Now you will perhaps think: "Yes, we know most of it!" but let be explained the purpose of this letter.

Conventional angling can, in my view, evolve into something much more than we know it by today. The internet and imported magazines has brought many things into perspective as many anglers sought to excel even more in their sport / passion in other countries. Most are still trying to find an edge to land more or monster fish.

You may think that perhaps you have everything you need to catch a fish but do you indeed have all?  What are being missed in all this modern equipment at your disposal today?

I have met a friend in the past who told me that he could see that I am a passionate angler as I have most of the tackle I need. Then he asked me if I respected the living thing that I catch with a passion as well? I asked him: "What do you mean?" because I am catching lots and many times huge fish (or so I thought)! Fish do not feel anything according to studies conducted by professors on fish, so what did he want to tell me? The newly found friend told me that he wanted to show me how to evolve my angling experience and he invited me to a big carp angling session to test a new bait to be launched. I was really exited after he showed me photos of the monster carp he has caught in the past.

Two weeks later I met him again at the bank of Erfenis Dam in the Free State still puzzled by what he wanted to show me. He took out this rods, reels and other equipment. As we unpacked I saw no keepnet with him and told him that I have brought mine along so he does not have to worry. He looked at me, smiled and told me that we do not need it. Then I saw him  taking something out of the trailer I have not expected at this session... a mattress to small for him to sleep on and a net not looking like a keepnet. Now I was puzzled and I began to really feel uncomfortable in what I experienced at this session, even before it has started! I know he left his small boys at home so why taking out the small mattress?

But we were here to fish and he would still show me something, I thought. I have still not asked him what it was though. We got the rods and reels ready and then I observed him picking up the baby mattress, the type of "keepnet" I have never seen before, 2 buckets and a landing net made of a strange material without knots in it. He walked to a flat space on the bank near the water. The mattress was put flat on the ground and the net and scale from the bucket on it. Then he walked to the water and filled both buckets with water. One for the "mieliebom" and one for washing hands I presumed. One bucket was put next to the mattress and now I could not hold it in any longer. My voice sounded strange and far away when I asked him what he was doing. He told me in an exiting manner that this was what he wanted to show me and that he was going to learn me the proper way of using the equipment to treat fish properly when out of the water!

I almost hit a backflip in frustration as this guy seemed to be mad and I thought to pack up and leave. A mattress for the fish and a "keepnet" that does not look right? He must have seen that I have reached my turning point because he started laughing from his stomach and told me to relax and that all will be revealed soon.

I walked to my bag, poured a Whiskey with soda and after a few minutes saw him casting into the distance with a pip of maize and sweet dough with Vaaldam dip on only one hook with a ball of mieliebomb on a sliding sinker. I also started to get my act together and soon the baits on all 4 rods were in the water. Thereafter we sat down and he offered me a sandwich. Then he started talking and explaining that he has been using the mattress (or carp mat as he called it) to put the fish on while it was out of the water. He also explained that while fish do not feel pain, it should feel something otherwise it would not struggle and even bleed red stuff when injured. I started to listen with more attention because it was now starting to get more interesting. I have never thought of it this way.

Then his right-hand reel ran and as he picked up the rod it bend with a bow indicating a large fish. I walked to him observing him playing the fish with skill as he explained now to me how to properly play a big carp. He also explained to me that he used only one hook not for a loose hook to injure the fish in the face as it many times happened. He also explained that he used a thicker main line of 14lb to land the fish quickly and safely, without the fear of the line being to thin to break easily and losing the fish. He kept shifting the rod to the opposite side the fish was swimming in and kept it low to the water. It looked as if the fish just swam back to him. As the landing net glided in under the fish I again saw that it was made of a strange material without knots as the fish started fighting against it. He handed me his rod as I was witness to the biggest carp I have ever seen at the time! I then realized that I have never caught a big carp in my life and felt a little sad of this revelation.

I was shivering and my hands shaking on his behalf as he looked and ensured that the fish's fins were neatly against the body of the fish before picking it up from the water. He then asked me to wet the carp mat from the bucket. "More" he said again and placed the fish on the carp mat. I saw him taking the bucket and he poured more water over the fish. He asked me to fetch his camera from the car and then he explained to me how I must start to look after the fish, as I have observed, before picking it up in the landing net. Then he explained and showed to me how to place the front pectoral and rear fins between my thumbs and fore fingers on either side and how to pick up the fish in a steady manner. The fish suddenly jumped in his hands and he tilted the fish towards him and it was supported against his breast. I now realized that I was observing something that I longed for in my angling career as I took pictures of this magnificent fish.

He asked me then to wet the unfamiliar net (or weigh sling as he called it) and to slip the net under the fish and then he again looked that the fins was in the right place before hooking the scale to the handles on the net and picking it up to be weighed. After we have celebrated his catch of 9.8kg he pulled the mattress into the water with the fish on it and requested me to let it go and I went on releasing this magnificent mirror carp. What a great and joyful experience! I hereafter continued to catch the carp displayed on the photos next to this letter with all fish treated the proper way as he has taught me.

In the past I have lost many a fish in the water trying to unhook it in a safe place in stead of placing it on the ground to do so. I now discovered a great way to indeed look safely after the fish while it was on the bank! Although I brought my keepnet along I did not like to use it in general as I observed that the knotted net was injuring the fish more than protecting it. Needless to say, the knotted keepnet was never again used and I discarded of it after the session. The modern keep nets are a lot more safer that the one I had, although I today prefer to use carp sacks on individual fish if necessary.

Until today it is my passion and mission to explain and show off the same fish safe principles to others as my newly found friend has taught me. Sometimes one observes or hears about something and do not like it or do not want to be part of it because it is not how one was taught or learned or it is not part of the current rules in a club. It is perhaps to strange or costs money. Some things will always cost to much money if one do not embrace it.

I wish to have shared in this letter with you that proper fish care has made my sessions must more enjoyable since I have incorporated it into my general angling experience! Would it not be nice if Conventional Bank Angling could evolve even further to incorporate this practice by some rule changes and with some minor tweaks to adapt it to tempo angling? The opportunity is there for current law and rule makers to further explore. What stops recreational anglers from using this practice? We have done it and I cannot think of any reason other than a mind shift to realize that a fish is a living animal that also have feelings and could, or rather should, also be treated properly like you would treat your pet. We can indeed respected the living thing that we catch with a passion as well!

Perhaps it only depends on yourself to have the understanding, the self-discipline, the passion and the will to make this change personally. 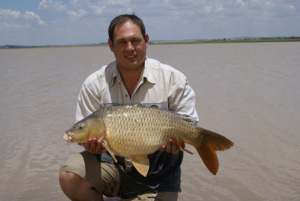 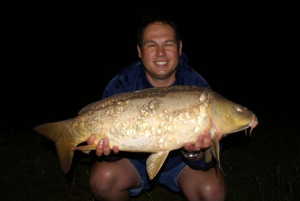 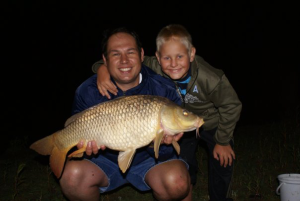 A letter to all Anglers, Environmental, General