SACS is further strengthening its force in the carp angling fraternity to provide a proper service to subscribers. SACS has launched our new online shop www.sacarp.co.za/shop on the new website. SACS provides outdoor apparel and equipment at discounted prices sourced directly from the importers. Our prices are at least half of other shops. SACS subscribers will also be supplied with the SACS logo on apparel ordered.

Challenge with the reservations of especially Kwaggahoek dam were experienced whereby the SACS Director was phoned by prospecting clients for reservations although many are aware that they must join SACS and make reservations online to visit the venue. Some are acting very rude towards the Director in this regard and are as a result immediately shown away and subscription applications made by these individuals on the website are disapproved. SACS foresee that trouble will be experienced from these people in future as they may indeed be rude towards other subscribers also.

Kindly visit www.sacarp.co.za/register to get full access to the SACS website and to make yourself bookings online under the “Reservations” tab at SACS-only venues.

SACS was able to register the boat used with the electro fishing equipment under SA Carp Angling Solutions (SACS) and insurance was negotiated with Outsurance for the equipment. The cell phone used by the Director and the ADSL land line used in the past were also transferred to the business from 1 April 2016.

SACS has purchased access to the Sage One online system to manage the business income and expenditure accordingly. All equipment has also been transferred to SA Carp Angling Solutions (SACS) to appear on the asset report on SAGE One. Red Swallows Accounting has also been provided access to the system to oversee the book keeping on behalf of SACS. SACS funds are therefore properly managed.

SACS members has achieved good catches at especially Kwagghoek Dam over the past few months. Various fish over 35lb has been landed over April and May during the colder months. We look forward to the big carp above 50lb to be landed again in winter.

Misty Lakes has also delivered some fish up to 22lb during the April and May months and new specimen carp anglers converting from conventional angling are ecstatic about the beauty of venue. This venue is proposed by SACS to new specimen carp anglers as it provides the opportunity to catch bigger fish as well as more fish keeping the angler from getting bored. The dam is currently about 36% full due to the drought. We recommend this venue to new SACS members who wishes to build their confidence with regard to specimen carp angling. The lake record is still 28.6lb. This venue has proper ablution facilities established to the value of R90,000.00 and is recommended for family carp angling outings.

Xariep dam are currently delivering some nice catches in access of 26lb and bigger fish are expected during winter as in the past. SACS subscribers may apply through the Director of SACS for access to this private venue. Management are currently busy to enhance facilities at the venue also.

SACS subscriber, Nico Oosthuizen, has volunteered to take on the challenge of supervising the Fish Management process at Misty Lakes. He has already arranged for sessions to remove the smaller fish with the SACS electro fishing equipment. All common carp above 8 kg and all mirrors above 5kg will be released. The fish removed will be donated to the community of farm workers in the area.

SACS is also busy negotiating to net the private Xariep Lake to remove smaller fish to create more space for the bigger fish to flourish. Water affairs to provide permission for this to take place. Fish removed will be relocated to other lakes in the same system situated nearby on the same premises.

Many farm dams has dried up and fish were eradicated as a result. SACS received various requests to get involved but many fish were already sick at these venues and could not be saved. Environmental affairs also stopped a fish rescue operation at Rietspruit dam, Ventersdorp. Paws took on the challenge to rescue the fish due to “Cruelty of Animals” but it seems that Carp is not an animal according to environmental affairs. The representative contacted by Paws indicated that the drought will be good for removing carp as an invasive species from dams. Fortunately Rietspruit dam catchment area received some good rains thereafter and the fish was saved by Nature.

To demonstrate the safeness of using the equipment on fish, small carp of 5cm fluttered up to the surface while electro fishing. These small fish recovered in seconds to swim down again. The test was conducted several times in one area and the same outcome observed. It in fact it had a minimal effect on the health of the fish as no deaths took place, unless fish was removed.

The whole country is in dire need of proper rain. SACS had to close our venue at Tzaneen due to the hippo activity as the water level is very low and the animals very agitated towards anglers. The Tzaneen Classic also had to be shifted to Hartbeespoort dam due to the low water level at Tzaneen.

Government has announced that a new dam will be built in Lesotho to provide water to Gauteng. The estimate cost is R350 billion for the project. 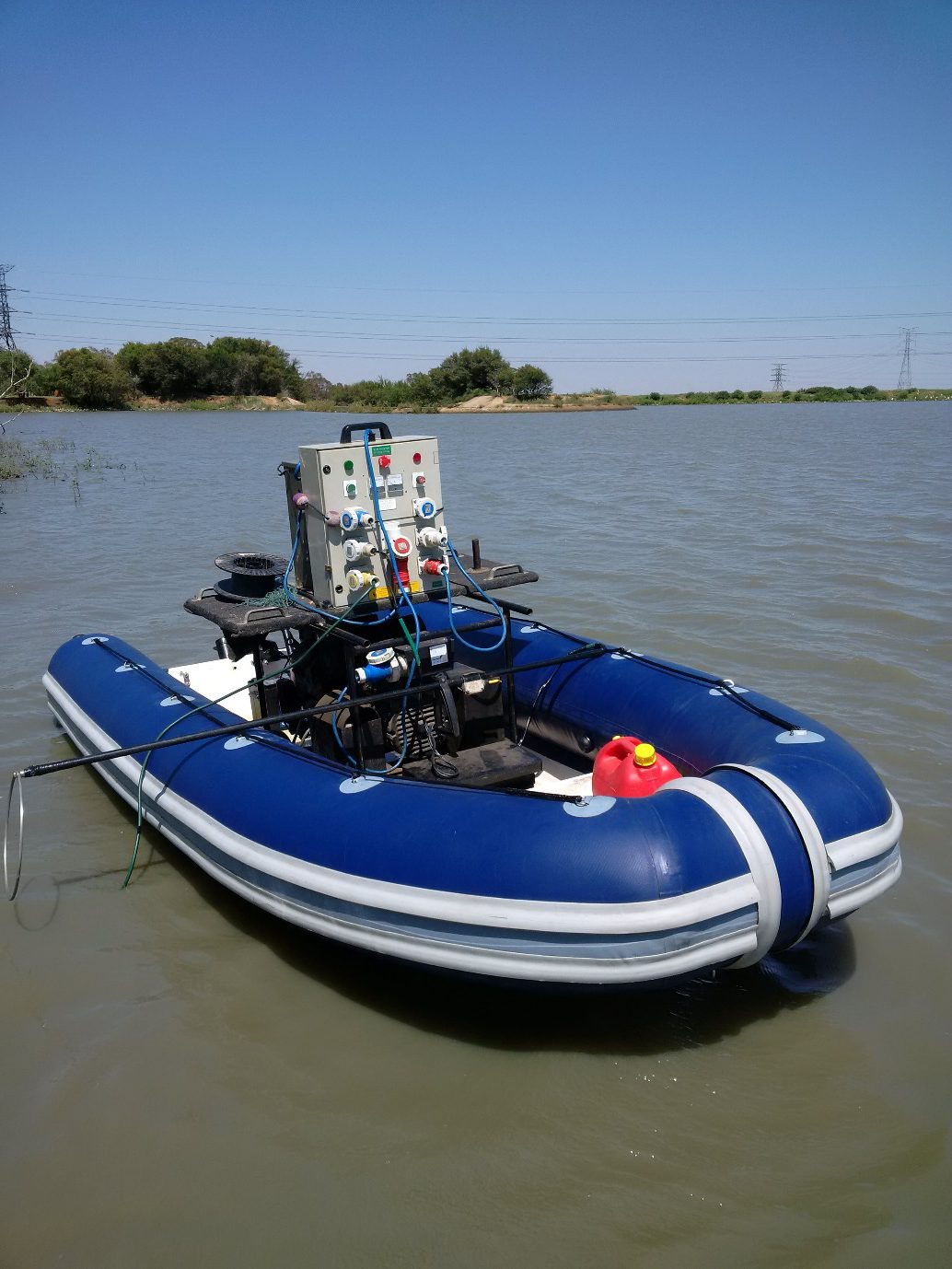 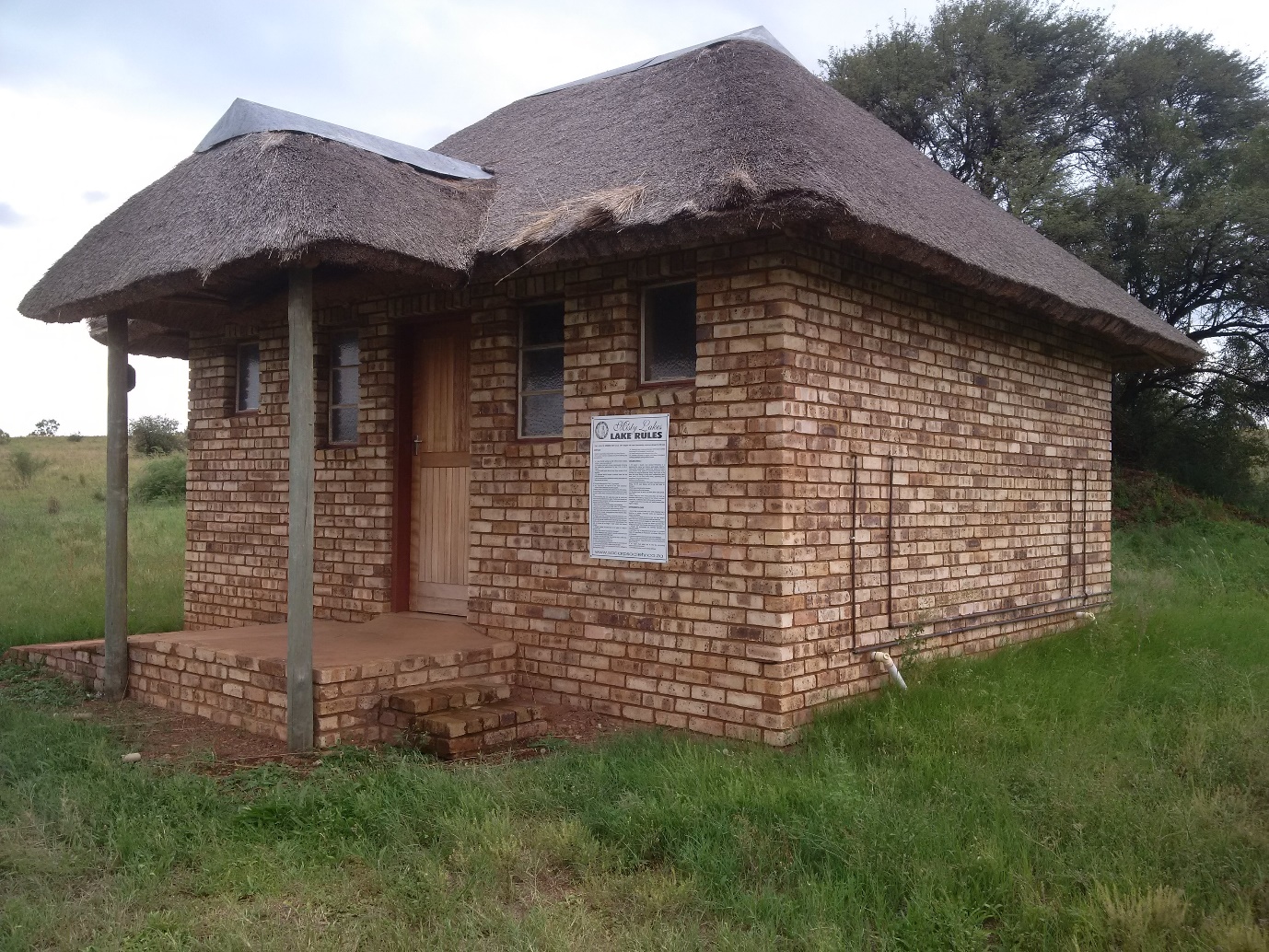