After much consideration I have decided to discuss the issue of the illegal relocation of Carp by some in South Africa. “Why, we are protecting the monster Carp!” those involved will say. Well, let me shed some light on this before you perhaps get yourself involved with this through some “friends”.

On 20 June 2017 I made a call to the owner of newly established Zelpy Fishing and Game Resort after I noticed their advertisement on various Carp fishing groups on Facebook. After the initial introductory of SACS and myself I was immediately confronted with the issue as the owner informed me without any disregard to it that he would pay me to bring big Carp to his lake as he is doing with others already. I were flabbergasted as I did not expect this at the start of a conversation when I in fact wanted to make inquiries about this venue.  I mention the name of the venue because I can within the scope of the South African Law personally substantiate the discussion between us. I informed him that the relocation and selling of Carp without permits are illegal and he laughed at me without denying his actions (but he is indeed willing to pay for live Carp, never mind where it comes from!).

The owner of Zelpy Fishing and Game Resort in fact openly confirmed on Facebook that Carp were indeed relocated to his farm from other public venues when I confronted him with the issue; but his comments did not show any remorse to the fact that it happened illegally. It just seemed that he was OK with it and did not care any further about his and others wrong doing in accepting and/or relocated Carp to his venue illegally. Various photos was also provided to me showing unhealthy fish and the death of larger fish weighing more than 10kg were also reported to me.

Never did I inform him in our conversation that I could or would be willing to provide him with big carp as I am aware of the legal requirements to do so. By law any live carp must be transported with permits and the venue from and to which it is moved must be inspected by a responsible official from the Department of Environmental Affairs. I will discuss this as well as the Fines of up to R250,000.00 and/or Jail time of up to 10 years applicable to the illegal relocation of Carp in a future article.

After posting on Facebook about this issue, various comments confirmed the general feeling of Carp anglers; most immediately demanded the names of people involved to shame them, while others tried to keep neutral and the least commented that setting up syndicates is the only way of saving our big Carp for future generations. Yes, only some still think that big Carp can only be protected through fishing syndicates and I would rather like to give you the real story behind it.

Most Carp fishing syndicates are established to serve a small group of friends / anglers. Most syndicates are established through the relocation of big carp from other lakes. Most regard this as selfishness and theft by the culprits taking away the opportunity from others to catch big carp at their local lakes from where the big fish were removed. The reference “Specimen Angler” and even a reference to “SACS” is abused by some to justify their illegal behavior. I had to take a call from the fisheries manager in Gauteng earlier this year who wanted to take legal action against SACS as he came upon a group of anglers who said that they had been authorized by SACS to relocate carp when caught red handed. SACS cannot authorize the relocation of Carp and it is not clear why the official did not take immediate action against them as SACS would have condoned such illegal activities.

SACS rather supports the establishment of natural Specimen Carp Angling venues with the opportunity for everybody (who are willing to abide by the lake rules) to enjoy. Therefore, rather support SACS with opportunities for all than a syndicated venues established to serve only a selected few.

Misty Lakes are currently not visited by many SACS subscribers and I would like to encourage you to indeed visit the venue. SACS has spent more than R80,000.00 already to source proper electrofishing equipment and nets to do proper fish management at the venue. In reality more than R100,000.00 has already been spent if taking the labour and time into account already spend on the water with the new equipment. This will all be in vain if subscribers do not visit the venue often. This is indeed also a proper family venue with the proper ablution block available. The owner support SACS and we should also support the venue.

(I unfortunately have to report now that the fish rather weighed around 17.8kg as confirmed by other anglers who have landed it before and recently. The wrong weight was provided by the angler it seems.) 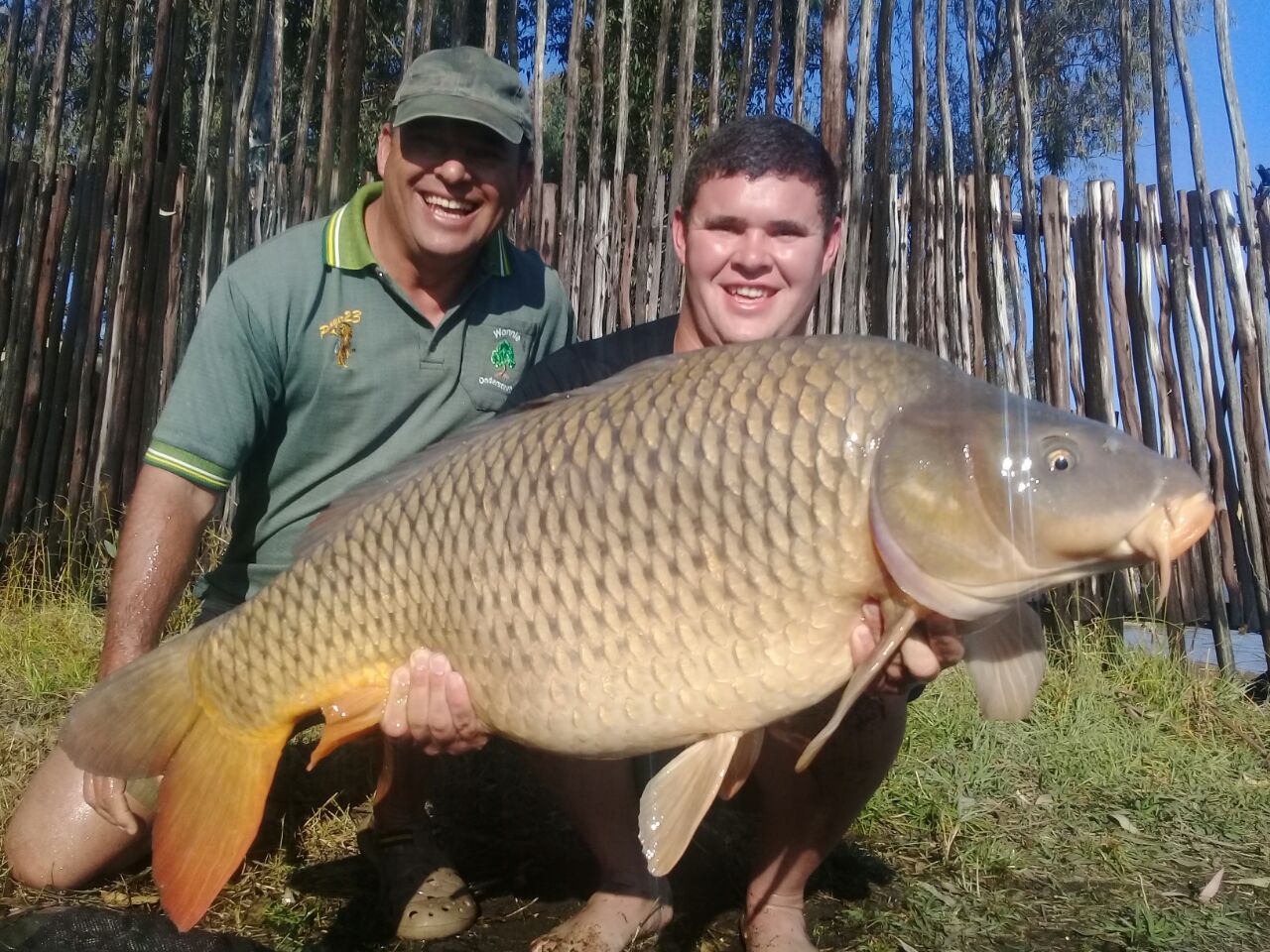