By: The Managing Director of SACS and T.J Maré

The SACS-MPU Carp Angling Club has been going from strength to strength and the club held its 2016 year end function at a local venue near Nelspruit. TJ Maré is currently the Chairman to the club as well as Provincial Manager to SACS in the Mpumalanga Province. Walter Cronjé currently serves as Vice-Chairman to the club.

Various big carp were caught by club members at local venues in Mpumalanga and it was indeed an occasion to remember as various prizes was given to anglers who landed carp of up to 44lb’s. Prizes was handed out to the following club members for their achievements: Pierre Josling: 20.4kg (heaviest carp), TJ Maré: 19.84 (second heaviest carp), Frikkie Moolman: 19.1kg (third heaviest carp). Special Colours was handed to Gert Hawkins for being admitted to the MPU Disability Team. The Director of SACS wish to congratulate these club members for their achievements as it is well deserved. Many people does not realize how much time, commitment, preparation and money goes into landing such fish. Attached some photos of the prize giving.

SACS has partnered with a tackle shop in Gauteng to provide quality tackle and equipment at a more affordable price to SACS Subscribers. We have been waiting for some other providers to confirm but at the end of the day the SACS Director decided to partner with a dedicated provider who are willing to go the extra mile with SACS. The tackle / equipment will appear on the SACS online shop and will be couriered by the provider to the buyer or the buyer may fetch it himself from the provider. Brand names such as Korda, Daiwa, Mitchell, Shimano, Docks, Jackel and others will be available. Camping equipment from well-known brands will also be made available.

SACS has also intensified its focus of Fish Care to social conventional anglers especially and SACS has partnered with the Facebook group “Dam Fishing Gauteng” to reach more people. Some anglers were not happy to be reminded that the use of a carp mat is beneficial but many have indeed pledged their support for this. Spreading the word of basic fish care should awaken the basic principal for anglers to care for fish on the bank; as one would do as with ones pet at home. Anglers must realize that proper fish care is a means of showing respect, which one should be proud to display in front of friends and other anglers.

SACS members have achieved some indelible catches at Kwaggahoek dam although the fish has spawned and the smaller fish has started to show again. Anthony Tomsett has landed an immaculate Mirror of 16.9kg among structure many have neglected to fish in the past. Anglers should sometimes move away from showing structures and identify others underneath the open water.

Misty Lakes has lost a lot of water the past few months due to the drought. It is in fact now an ideal time to fish the lake due to many structures now showing. Nice catches are being made at the gravel pit. Swims 3-5 has been closed due to the low water level but swims 1-2 is still well fishable. This venue also has the neatest ablution block to be found at any venue, ideal for family weekend outings.

Misty Lakes: SACS is currently looking for sponsors to assist with funds to erect cabins at swims 1, 2 and 3 for anglers as well as a bridge to the island. Please contact me at md@sacarp.co.za if you would like to donate funds / material towards this. SACS has already received a sponsor from GAP Kitchens.

SACS has received a report of sewage being spilled into the Loch Lomond Lake near Bethlehem and many big carp dying as a result. This venue is well known to the SACS Director. SACS made several enquiries to the city council and DA representatives about the matter, to no avail. The city has denied in the media that sewage was spilled into the lake although several people confirmed this who identified the problem further upstream.

A massive sewage spill was also reported at the northern parts of Hartbeespoort Dam, Gauteng. Various anglers reported to SACS that it could be an ecological disaster for this already vulnerable venue. The city council reported to the media that the spill occurred upstream and that most sewage should dissolve before reaching the dam. SACS regards this answer as not acceptable because the problem is not addressed on how to curb further spills as it has a negative impact on fish and bird life.

The drought has limited the water reserves in our country with many dams running dry. The water level of the Vaal, Caledon and Orange River are still declining daily. Levels of the Vaal -, Vanderkloof – and Gariep dams are reaching critical low levels. People are already getting upset due to water pressure being lowered to houses and water not being available at some suburbs in Gauteng. Help others by using water sparingly. It will take approximately 3-5 years of good rain to cure the impact in the current drought and to fill up the main dams again. 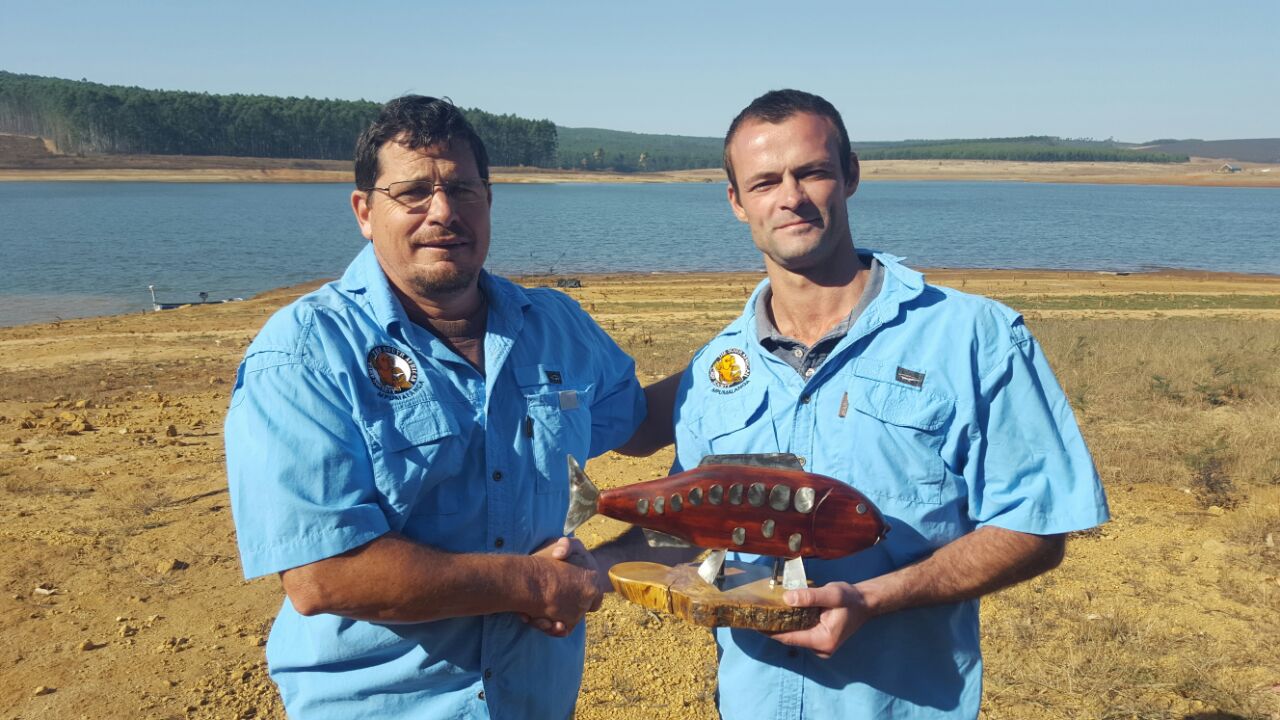 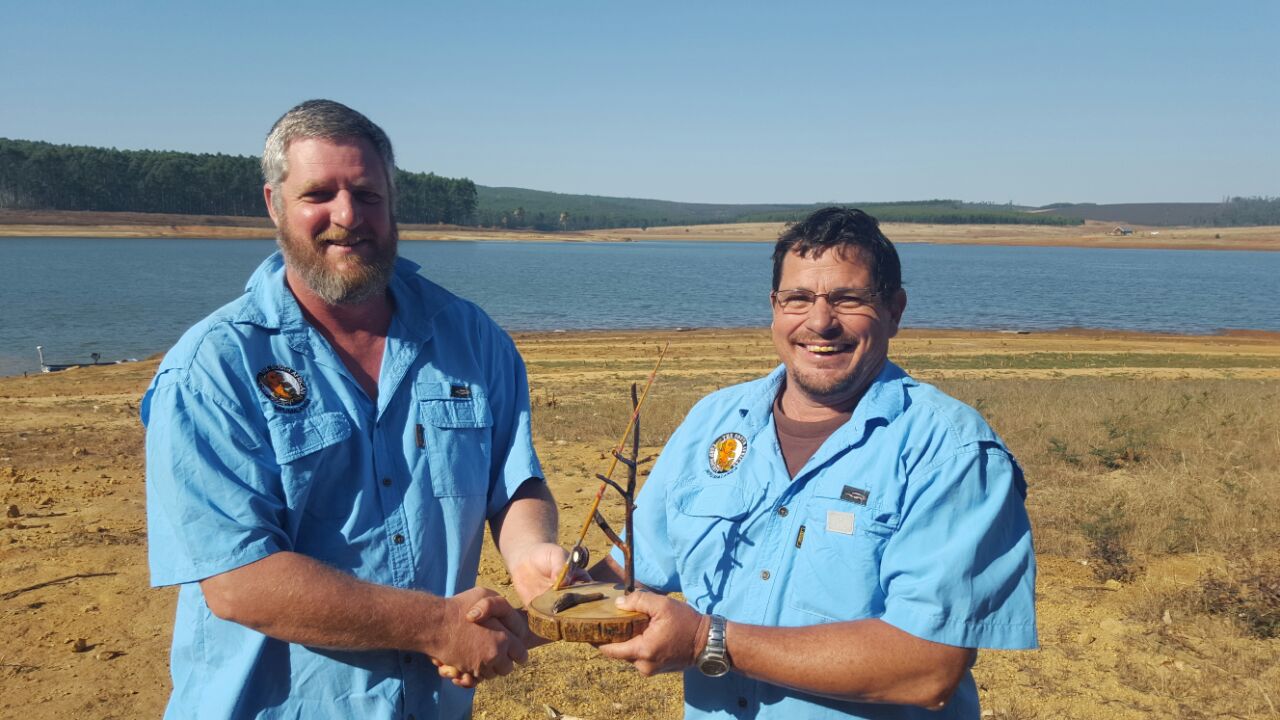 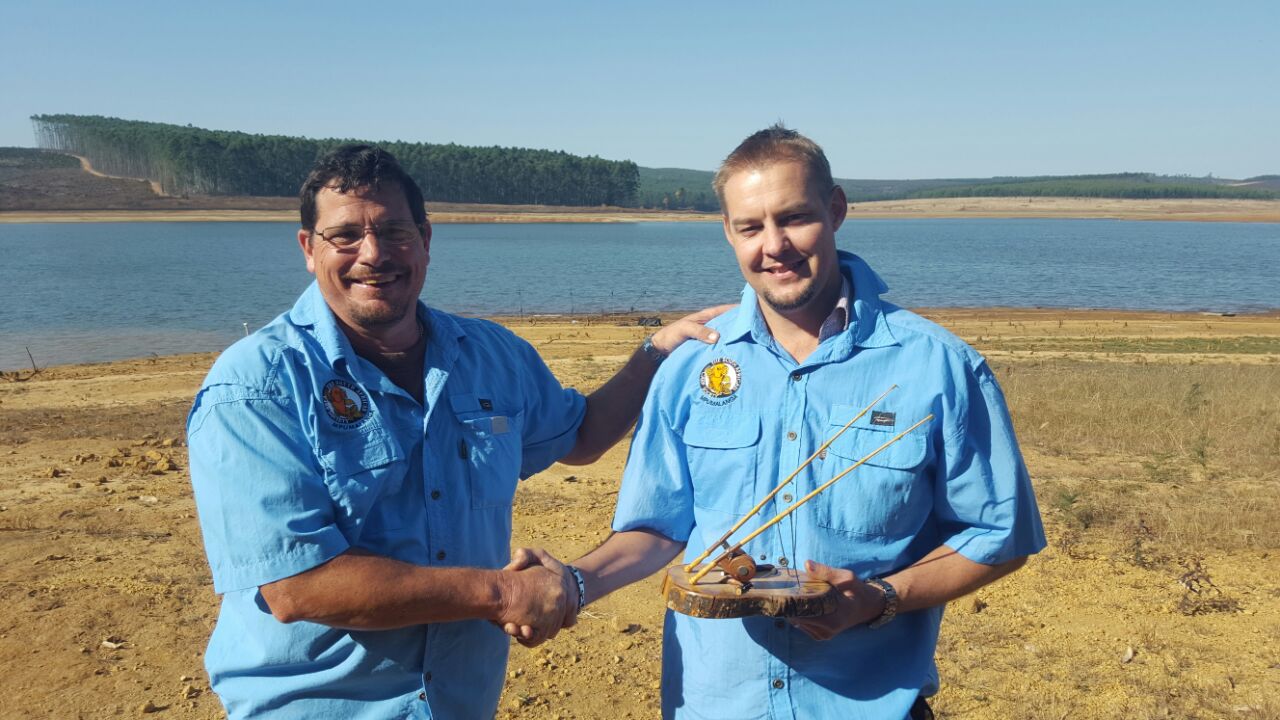 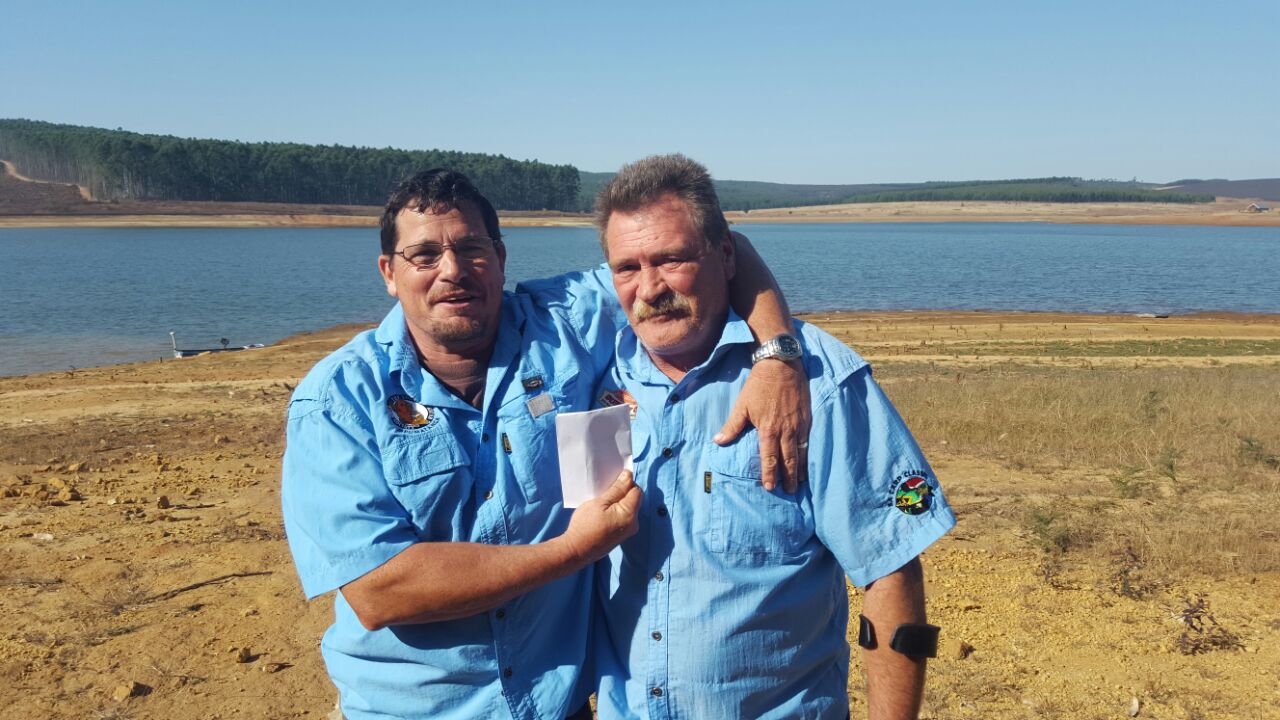 Anthony Tomsett with a beautiful Kwaggahoek Mirror Carp of 16.9kg 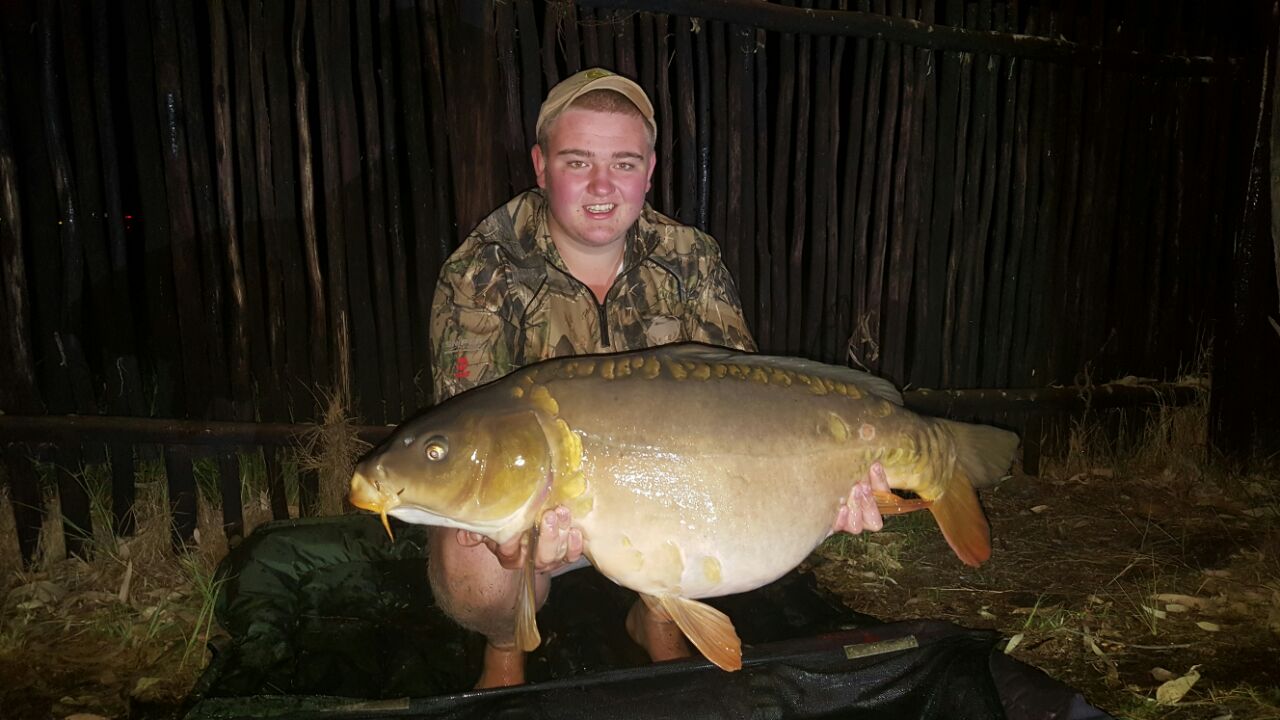